“The Nutcracker” by Scottish Ballet is a glittering, glamorous Festive treat for all the family

“The first fall of snow is a magical event. You go to bed in one kind of a world and wake up in another, quite different. If this is not enchantment then where is it to be found?”  J. B. Priestley

Such an enchanting winter landscape  is currently being beautifully created at the Festival Theatre, Edinburgh for a classic sugar-coated fantasy, as part of a tour around Scotland and Northern England.

“The Nutcracker and the King of Mice” by E.T.A. Hoffman was adapted by Alexander Dumas into a much less terrifying storyline, and in 1892 Marius Petipa choreographed this fairy tale with Tchaikovsky composing the melodious music.  This Christmas,  The Royal Ballet, English National Ballet, Birmingham Royal and Scottish Ballet are all staging their own productions. 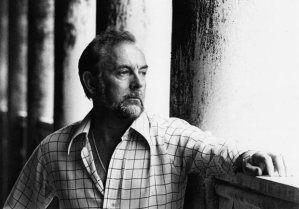 The premiere of Scottish Ballet’s “The Nutcracker” choreographed by Peter Darrell (its founder),  took place on 19th December 1973 at the Royal Lyceum Theatre, Edinburgh. Following the Petipa classic scenario and Tchaikovsky score, the narrative focussed on the Christmas festivities as seen through the eyes, heart and mind of a child; moving away from convention, Darrell cast a talented troupe of young pupils as Clara and the children, tiny mice and toy soldiers, selected from several dance schools.

The design was created with sumptuous theatricality by Philip Prowse while Darrell was viewed as the pioneer of dramatic narrative ballets.  The production was later filmed for television starring Elaine McDonald and Davide Bombana as the Nutcracker Prince and Sugar Plum Fairy

Back on stage this Festive season is a welcome return of Christopher Hampson’s ravishing revival of Darrell’s ballet, (first staged in December  2014),  the set and costumes all re-imagined by Lez Brotherston with lavish style and fairytale sparkle.

The period is the 1870s. At Christmas Eve at Colonel Stahlbaum’s home a grand party is being held at their ornate Townhouse, first seen from outside their front door  as guests, wrapped up in glamorous furs and velvet coats, parade along the street; a little boy jumps up to peak inside – through the window we too can catch a glimpse of homely warmth and fairy lights. Snow is falling.  A tall gentleman swirls his blue silk-lined cloak around the child, as a tall handsome young man suddenly appears in his place. The magic has begun. 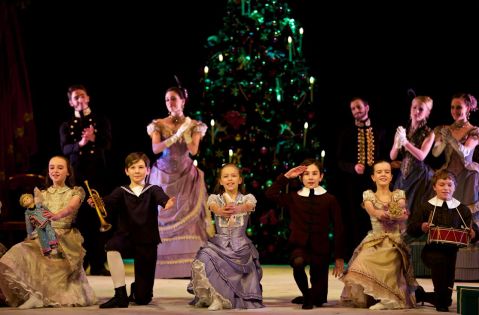 Inside, the drawing room centres on a giant glittering Tree surrounded by piles of colourful presents. The scene is like a child’s picture book opening up with the illustrations coming alive. The Stahlbaum children – Clara and her brother Fritz – playing excitedly with their friends, the girls wearing frilled taffeta party frocks, the boys in neat suits and sailor costumes.

The party is merry with wine, music and graceful dancing by the gathering of elegantly dressed couples; the arrival of Uncle Drosselmeyer adds more sparkle as he entertains the children (and us!), with brilliant magic tricks.   Clara is given a red Nutcracker Doll which she adores, skipping around the room with glee, while Fritz and the boys get up to mischief, banging drums and grabbing all the lollypops. Later, the guests bid farewell and the children taken off to bed.  At the bewitching hour, Clara, now in her nightgown, quietly sneaks downstairs to find her Nutcracker and falls asleep clutching her special new toy.

Clara’s dream is dramatised on stage as she “awakes” to see that her Nutcracker is transformed into a handsome Prince and together they help the toy soldiers fight off the nasty King Rat.  A troupe of timid little mice are brilliantly played by the children wearing a cute costumes with big eyes, pink ears and long twitching tails; they scamper about with giant chunks of cheese, apple cores, gold and purple Quality Street sweets.

The Land of Ice and Snow

We then follow Clara and the Prince on a journey to the Land of Ice and Snow where a dome of arches depicts a cool cathedral of glistening frost with its splendid tree; this is the world of the Snow Queen and her attendants – a flighty, flurry of Snowflakes, who slide and glide like skaters around the Prince and his Queen, a duo of dreamlike dancers on ice.

“ Snow is falling all around me, children playing, having fun, it’s the season of love and  understanding, Merry Christmas everyone; Time for parties and celebrations, people dancing all night long ..”

Like a snow globe come to life this is a white winter wonderland where the synchronicity of the choreography blends seamlessly to every flowing note of music. Clara watches in awe at the sparkling fairies.

Act 2 opens to a glittering backdrop of 5,500 decorative baubles hanging from 250 strings to welcome Clara and the Prince to the brightly coloured Land of Sweets.

The Land of Sweets

This is the Realm of the Sugar Plum Fairy, where her guests are treated to a cornucopia of National dances from China, England, Spain, Arabia, Russia and France, performed with exuberance, energy and humour, to present a sweet celebration of chocolates and candy canes. 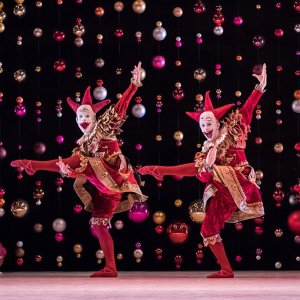 The highlight is, of course, the famous Grand Pas de Deux for the Nutcracker Prince and the Sugar Plum Fairy. At the time of composition, Petipa asked Tchaikovsky for ‘an adagio intended to produce a colossal impression’  – a few chords of introduction before a gentle, soulful cello melody.  Christopher Harrison and Sophie Martin create a perfect partnership from graceful pirouettes to breathtaking lifts, an intimate partnership of poise, precision and pure romance.

As well as the masterly performances by the Principals – Constance Devernay, Sophie Martin and Christopher Harrison in the lead roles – Lily Wearmouth as Clara is a delightful, dainty dancer and Jack Burns, a cheeky wee Fritz. The children, members of Scottish Ballet’s Associates, almost steal the show – at the party they act so naturally with great sense of characterisation, while the fabulous little mice and soldiers are charmingly portrayed. 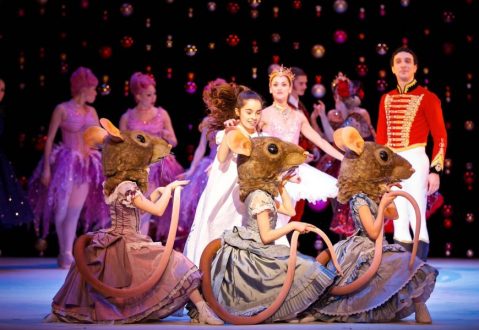 Coming full circle, it is fascinating to know that in 1993 Christopher Harrison (aged 12), played one of the children in Darrell’s “The Nutcracker.”  A total team of 35 children from S B’s Associates and Danscentre, Aberdeen will be performing on the UK tour over the next few weeks – many of whom may well be inspired to develop their balletic careers to become Artists and Soloists in years to come.

With richly vivid costumes, and vivacious choreography, “The Nutcracker” is a joyous Christmas treat – like a fizzing flute of Moet for adults and a large selection box for the young ones – capturing the vision, magic and wonder of childhood at Christmas time.  A spectacular,  sophisticated show not to be missed and coming to a theatre near you on the Scottish Ballet tour in Edinburgh, Glasgow, Aberdeen, Inverness and Newcastle.