This is a country where, historically and culturally,  the national drink is Scotch Whisky.  But today more Gin is consumed in Edinburgh per head of population, than any other European city.  We are certainly a cosmopolitan crowd!

My favourite places for sipping a refreshing Gin are Juniper (20 Princes Street),  whose mixologists create dazzlingly inventive cocktails, and One Square, at the Sheraton Grand under expert head bartender, Hugh Gibb, who knows everything you would need to know about the cool, clean spirit from Plymouth to Mare Mediterranean. 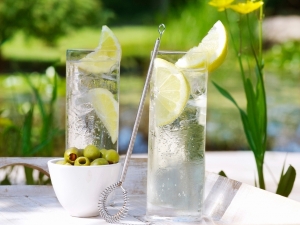 Gin and tonic … the quintessential summer and anytime cocktail hour aperitif in the UK, but when did the craze all begin …?

If you are a G&T fan, you need to raise a glass to Sylvius de Bouve, a sixteenth-century Dutch physician. He created a highly-alcoholic medicinal concoction Jenever. It featured the essential oils of juniper berries to aid circulation, digestion and other ailments, including the plague.

English soldiers discovered it during the Dutch War of Independence, and nicknamed the drink “Dutch courage,” but the word gin is a derivation of the Flemish word genever.

The history of Tonic Water begins in 17th century Peru when Spanish colonists discovered a treatment for malaria in the bark of the quinaquina tree. The Countess of Chinchon, the Peruvian viceroy’s wife, took the bark to Spain around 1640 after it saved her from malaria.

In 1817 French scientists Pelletier and Caventou found a method for extracting the quinine to create an anti-malaral drug; bottles of sweetened quinine water were later produced followed by carbonated tonic water.

India, 1825 – British officers began to mix gin with their daily ration of quinine tonic to make their medicine mire palatable ….and alcoholic. After the “Indian Mutiny,” the British Crown took over the governance of India with a growing number of resident colonial families, the era of the British Raj, which increased the demand for quinine and popularity of gin and tonic.

In recent years there has been a rapid expansion of gin distilleries in Scotland – 70% of gin in the UK is produced here including three bestsellers – Hendrick’s, Tanqueray and Gordon’s, the world’s number one London Dry Gin.

And from Orkney to North Berwick, there are small batch gins – Blackwood, Edinburgh Gin, NB, Pickerings.

Whisky distilleries in Speyside and Islay now produce, respectively, Caorunn and The Botanist.

Instead of asking just for a G&T these days, most of us will select our preferred brand … but not likely to suggest a pairing of a certain tonic. Schweppes, Fevertree and Fentimans are the usual suspects with perhaps just one house brand of Tonic offered by a Barman.

But we now need more choice to match the distinctively different Gins being carefully concocted across Scotland.

In 2014 they were a Finalist in the Scottish Food and Drink Excellence awards for their non-alcoholic drinks.

But what’s behind the name Walter Gregor?

Walter Gregor was a Minster of the Parish in Pitsligo from 1863, as well as being a folklorest, academic, natural historian and lover of plants – a ‘cheerful, humorous man”. And it is such a wonderful idea that the key botanicals for the Tonic are grown in Gregor’s former garden at the Manse.

Managing director Claire Rennie said: “We’re so excited to have launched Scotland’s first ever tonic. There’s a renaissance of gin drinking in Scotland and indeed the rest of the UK and we look forward to offering a Scottish alternative to the tonics already available.”

The pure, natural taste of a Scottish Gin and Scottish Tonic…

A special party  was held at Dragonfly Bar, Edinburgh to launch this new Scottish Tonic water.  On arrival, guests were offered a high ball glass of Rock Rose Gin, a sparkling splash of Walter Gregor’s Tonic, lots of ice and served with orange peel and fragrant rosemary.

Rock Rose hand crafted Scottish gin is a concoction of  “precious botanicals blessed with the freshest air and the purest Highland water …. hand distilled to create a true taste of our beautiful and rugged coastline”.

To accompany this deliciously refreshing G&T,  there was a fine selection of canapes from Fresh Food Express such as  Bombay potato with gin soaked cucumber,  Hot smoked salmon,  Arbroath Smokie pate,  Beetroot  and Cream Cheesy nibbles.

After this mini foodie feast, time for another G&T.  This time, I tried Caorunn Gin with Walter’s tonic, served with thinly sliced red apple. 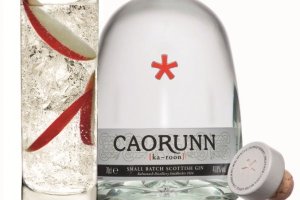 As the makers describe this special Scottish Gin…

“beautifully versatile, perfect in any classic or contemporary cocktail. … with Caorunn we have distilled the Scottish Highlands into a glass.”

“When life hands you lemons, it’s time to get out the Gin”

There is a delicate taste, flavour and scent of each brand of gin which has been carefully created with a secret list of botanicals which blend perfectly with a particular fruit or herb garnish for your ice and slice accompaniment. 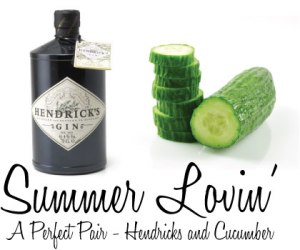 Hendricks should be served with a slice of cucumber, Gordons with lemon,  Caorunn with a sweet, crisp slither of red apple.

Pickerings is stylish with pink grapefruit and Edinburgh Gin is adaptable, with your choice of lime, lemon or rosemary ….

What could be a better combination than a fresh tasting, flavoursome Scottish gin complemented by sparkling, natural Scottish Tonic created from Highland spring water.

However you like to create your own refreshing G&T or a sophisticated Gin Cocktail – the art of mixing the famous tipple has certainly come a long way since the British Raj sipped their daily anti-malarial medicinal drink.

Cheers or should I say, Good Health!